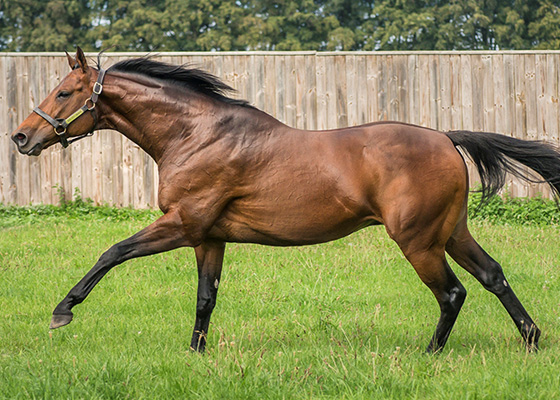 THE CASE FOR SEA THE MOON

Beginning with Danedream’s 20-1, five-length upset as a 3-year-old filly in the 2011 G1 Prix de l’Arc de Triomphe, the reputation of German-bred racehorses has risen to an all-time high. You almost can’t believe a country which has been producing under 800 foals a year could do this, but this is what happened:

In 2012, Danedream, by Lomitas, won the G1 King George VI and Queen Elizabeth S., by a nose over Nathaniel. In 2013 Novellist, by Monsun, one of two top-class 3-year-olds in Germany the previous year, made it two in a row for Germany in the ‘King George’. Pastorius, by Soldier Hollow out of a Monsun mare, and who had defeated Novellist twice as a 3-year-old, won the G1 Prix Ganay in France. Silvano, the 2001 G1 Arlington Million winner from one of Lomitas’s early crops, was crowned Champion Sire in South Africa for the 2012-13 season; and to finish the year off, Fiorente became the first of two consecutive winners of the G1 Melbourne Cup by Monsun. The second, Protectionist, won the 2014 Melbourne Cup.

In 2014, SEA THE MOON, one of three Group 1 winners from the first crop by Sea The Stars, and out of a Monsun mare who is a full sister to three German Classic winners – Samum, Schiaparelli, and Salve Regina - arrived to pick up the baton for Team Germany. A four-length winner in his only start at two for owner-breeders Gestut Gorlsdorf and trainer Markus Klug, SEA THE MOON ripped through two Derby trials and won the G1 German Derby by 11 lengths, after which the international handicappers rated him a pound higher than Australia, and he became Germany’s third consecutive favourite for the ‘Arc’. Unfortunately injury intervened and SEA THE MOON was retired to Lanwades Stud after suffering his only career defeat in the G1 Grosser Preis von Baden.

Germany does not have a big foal crop to begin with, and the universal international appeal of German pedigrees and families has made access to this blood even scarcer than ever as economics have forced German breeders and owners to sell some of their best stock to Japan, Australia, America, and just about everywhere else people race and breed horses. It’s ready access, in Newmarket, to this truly world-class German female family – not to mention his sire is one of the three best racehorses seen in Europe in the last fifty years – that adds to the appeal of SEA THE MOON for breeders. You just can’t go out and snap up high-quality German blood; but you can now access it through SEA THE MOONN.

That’s a huge plus, but it’s not the only plus about SEA THE MOON by any stretch of the imagination. He’s a real quality individual, a great specimen to look at. His sire, Sea The Stars, needs no introduction: he’s the sire of three Group 1 winners in his first crop (now four), 27 Black-Type Horses this year (39 in all), including 11 Group Winners and 23 Group-placed. Plus he’s a half-brother to Galileo. Plus he was one of the three best racehorses seen in Europe in the last fifty years. Plus he is from the other outstanding German female family (Allegretta, dam of Urban Sea). SEA THE MOON’s impressive credentials were recognized by the owners of the 132 mares bred to him in 2015, of which 65 of the mares – almost exactly half – are either black-type performers themselves, or black-type producers. As of October 1st he had 123 mares (93%) in foal.

To summarize, here are the headlines of what SEA THE MOON has going for him. He’s a great individual. He’s by Sea The Stars. He’s out of a Monsun full sister to three Classic winners from one of the top families in Germany. He was a star racehorse. And he’s exceptionally fertile. It’s an impressive CV.